The Scottish Gaels called it “uisge beatha”.  In Latin, the phrase is “aqua vitae”.  Both translate to “water of life”.  What is this “water of life” to which they refer?  It’s whisky, my friends. 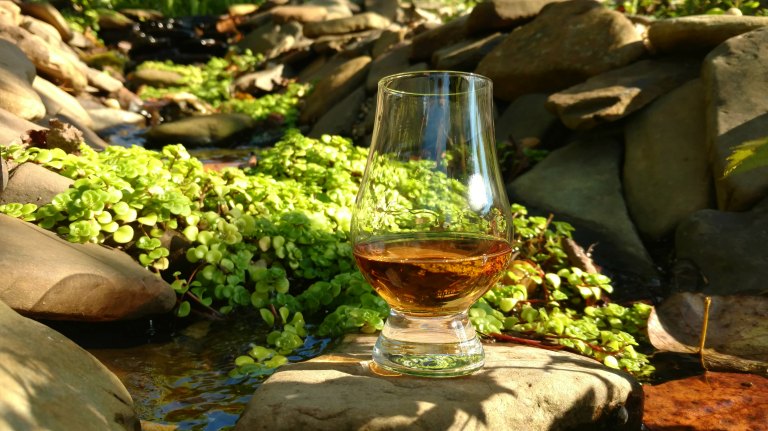 Whisky’s beginning is not 100% definitive, but in my research I found there to be a pretty solid consensus as to how historians believe this rich and complex liquid came to be. (Do keep in mind, though, that there exists slightly differing opinions on the matter.  We are, after all, talking a very very very long time ago!)

The national drink of the Scots, whisky most likely originated over 1,000 years ago after traveling monks crossed into both Scotland and Ireland from mainland Europe, bringing their knowledge of distillation with them.  Whisky’s story begins long before that, however, a long way from Scotland in the world of the Mesopotamian ancients.

A whopping 3,000+ years ago, long before the first nip of amber liquid ever touched a Highlander’s lips, the distillation process was being discovered by the people in the area that we know of as present day Syria and Iraq.  Archaeological digs have uncovered evidence that these ancient people had discovered the means of separating liquid-that is, distillation, by means of evaporation and condensation.  In my research, it also seems very plausible that the people of Egypt and China possessed this knowledge as well.  These ancient people used the process as a way to create aromatics and perfumes.  Over the next millennium, the technique was refined and perfected, although it is unclear if it yet resulted in the production of consumable alcohol.

By the first millenia A.D, the process of distillation began to spread west, in all probability by the Moors that migrated from Mesopotamia into Europe. These individuals passed on their knowledge and it wasn’t long before Christian monks were making medicines and ingredients used for ceremonies.  The technique continued to spread and thanks to those early men of God, Scotland and Ireland were the eventual beneficiaries of the knowledge and skills necessary for the creation of whisky.

Strange to think, but monasteries in Ireland and Scotland were the first places where the distillation process was used to make what we know of as modern whisky.  This began sometime after the 11th century.  Over time, the process of fermenting grain mash was slowly perfected and refined and whisky’s popularity grew.  One of the first known written records of whisky was by King James IV of Scotland in 1494, when in the Exchequer Rolls, he granted a large amount of malt “To Friar John Cor, by order of the King, to make aqua vitae.”

In the years 1536-1541, during a set of administrative and legal processes initiated by King Henry VIII, monasteries were dissolved and as a result, whisky production became a public affair.  The monks now found themselves out of a job, so to speak, and many began to use their whisky making skills in private production.

The early part of the 18th century presented new challenges for whisky makers, however.  The kingdoms of England and Scotland had merged into the creation of Great Britain and as a result, new, harsh taxes were imposed.  In fact, if you have ever wondered where the term “moonshine” originated, it was during this time period.  Taxes had become such a burden that individuals took their operations “underground”, producing it in secret at night.  Thus, moonshine was born.

The years of taxation were difficult years for producers. Smuggling was rampant and whisky was scarce.  I found it so interesting to learn that because of the value placed on it, it was often used as currency during the American Revolutionary War!

The year 1823 finally saw moonshine production come to an end when the United Kingdom began to allow distilleries to legalize their operations by paying a fee. Manufacturing was soon rejuvenated and a new wave of technical innovation swept in. Irish inventor, Aeneas Coffey, patented the “continuous still” in 1831, which allowed for much more efficient and cost-effective production.  Whisky’s quality improved, new processes were developed, and today (especially in Scotland and America) whisky continues to be a booming industry, particularly in luxury markets.

Those of us who love and appreciate a high quality whisky do so not just because it is some arbitrary alcoholic beverage.  We do so because we understand and admire the rich complexity of taste that each bottle possesses.  Every whisky has unique characteristics and tells a story of the land on which the grains were grown.  The aroma and flavor speak to the climate, rainfall, soil, region, and even the techniques used by a particular distiller. An educated palette can pick up on the quiet subtleties of a whisky as well as the more distinctive and pronounced flavors-peaty, grassy, fruity, smoky, herbal, earthy, floral, spicy, etc.  It’s just my opinion, but like a fine wine, a good dram of whisky is one of the most pleasurable experiences on God’s beautiful earth.

Do you enjoy a sip of good whisky every now and then?  Leave a comment and tell me your favorite and why.

So here’s to you, Mesopotamian ancients!  And thank you for your contribution to the world!

6 thoughts on “A Brief History of Whisky”