Today I would like to take you to another ‘off-the-beaten-path’ place.  You probably know by now that those spots are my favorite.  There is something fun about seeing things that the typical tourist doesn’t know about.  Mr. C and I discovered this one completely by accident.  Today I’m going to take you to see Redhouse Castle. 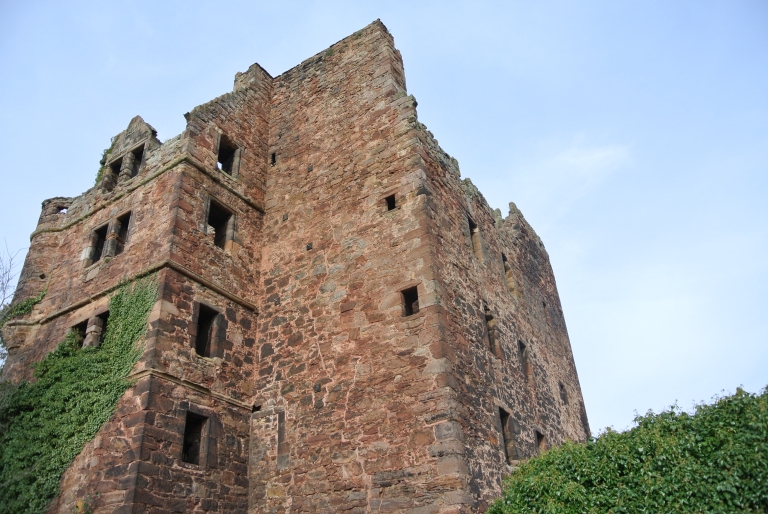 Redhouse is a 16th century castle ruin located about a mile from Longniddry in East Lothian, Scotland.  Mr. C and I were on our way to Tantallon Castle that day and as we whizzed by on the B1377, I remember shouting, “Wait!  Go back!  I think we just passed a castle!”  We turned the car around and sure enough, it was.  We were delighted to find that although on private property, the ruin sits adjacent to a small garden center with a lovely little tearoom.  We made a note to stop back by on our way home later that day.

Despite sitting abandoned since just after the Jacobite uprising in 1745, Redhouse Castle remains remarkably well-preserved. The four-story, red sandstone tower house is missing its roof but the shell is still very much in tact, giving the visitor a sense of what it must have been like in its day.  The castle, which has been extended and altered from its original form, sits on a rectangular courtyard which once housed a garden within its walls. 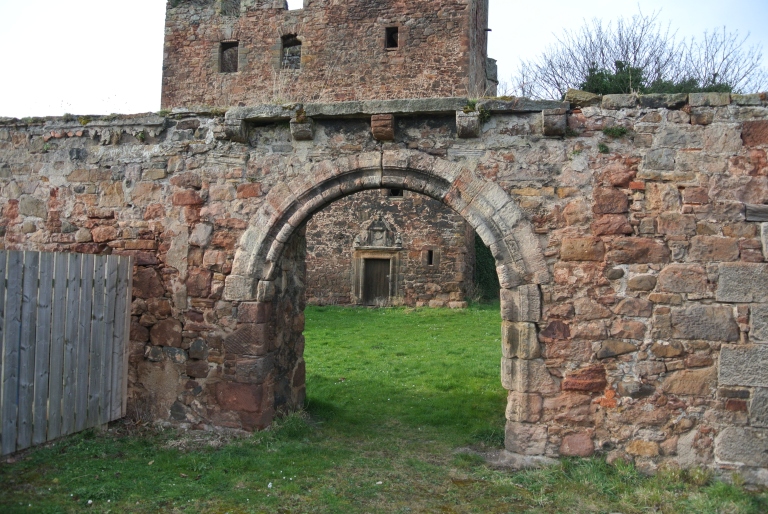 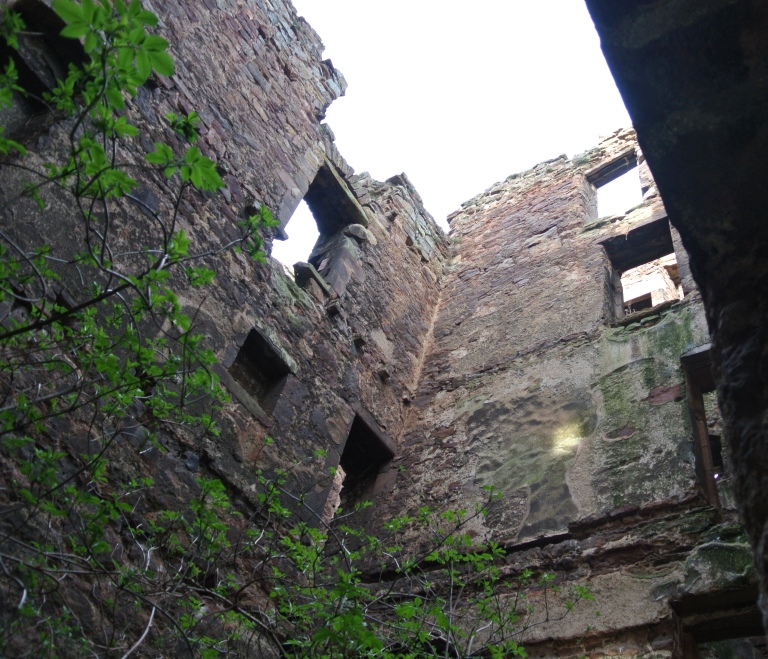 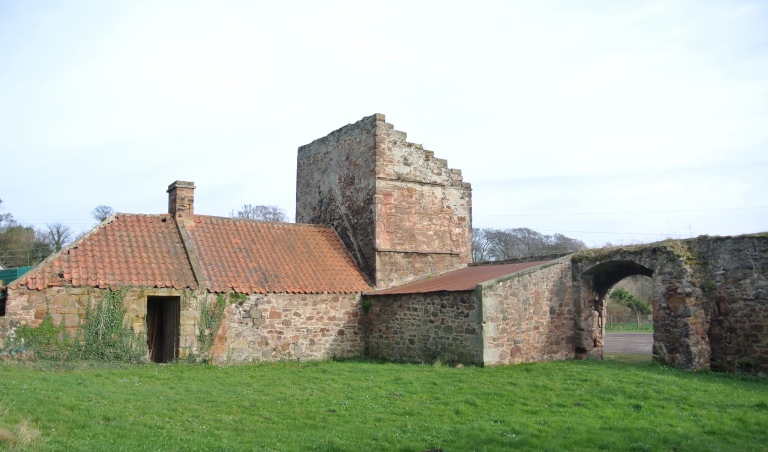 It is quite likely that during medieval times, Redhouse served as a hospital.  The property belonged to the Douglas family, however, the Laing family acquired it in 1607 – John Laing was the Keeper of the Royal Signet.

From the Laings, the castle eventually passed through marriage to the Hamilton family. But because of George Hamilton’s involvement in the Jacobite uprising of 1745, the property was forfeited and Hamilton – the last of his family – was executed for his part in the rebellion.   Redhouse fell into ruin, despite being purchased by Lord Elibank and then going to the Earl of Wemyss.

Today Redhouse remains privately owned which means it is not maintained by Historic Environment Scotland.  However, there is nothing prohibiting you from taking a peek at this fascinating piece of history.  (*Just be sure you understand that this is at your own risk.)

When you stop to see Redhouse, be sure to see the pretty things growing in the greenhouse and have a nice cup of tea at the tearoom. 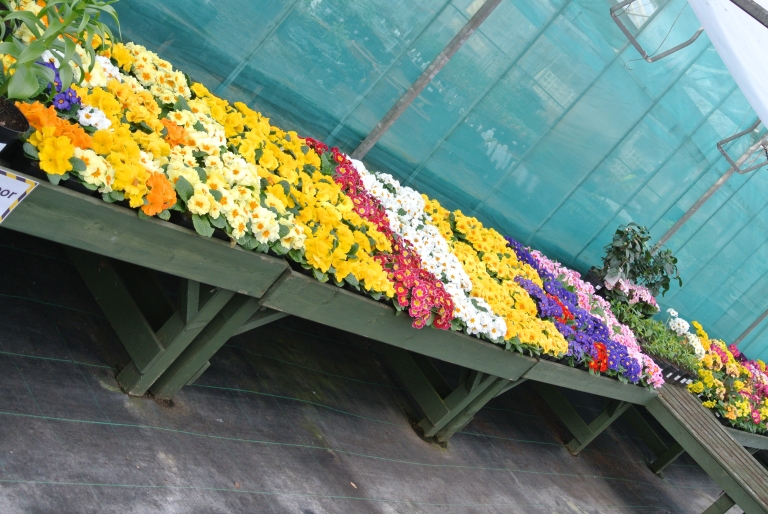 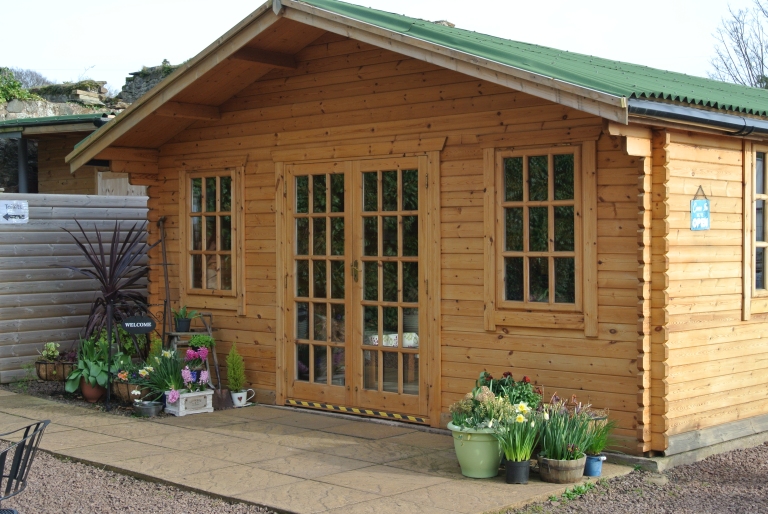 Redhouse Castle and the nursery and tearoom were a terrific discovery.  So glad we found ourselves on the B1377 that day!