This is an update to my original article that I posted about a week ago, just before Halloween.  The Real Mary King’s Close was so kind to grant me permission to use their awesome photos.  All photos in this post are credited to them.  Many, many thanks, indeed!  Now you’ll really be able to get a feel for this hidden treasure.  Enjoy.

In my previous blog post (What Lies Beneath-Part 1 ), I gave you a little history of how the city of Edinburgh was built.  How it expanded east from the castle and how Mary King’s Close and the other nearby alleys came to find themselves frozen in time underneath the City Chambers. 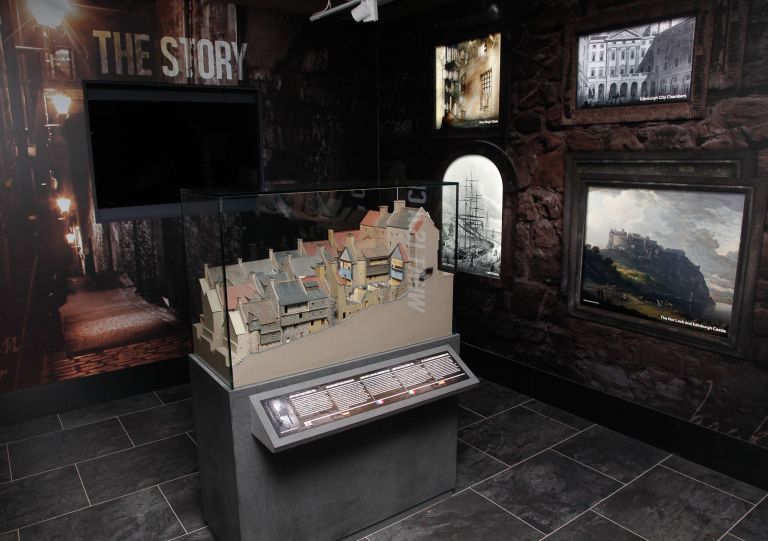 So now we are ready to head below ground and visit what I think is one of Edinburgh’s most compelling attractions, The Real Mary King’s Close.

Edinburgh’s Old Town history is rife with disturbing and horrifying stories that will send a chill down any spine.  Innumerable tales of murder, executions, pestilence, plague, and hauntings live on in this city of a thousand faces.  For a closer look into the dark, secret, and hidden world that is the setting for many of those tales, one only has to visit The Real Mary King’s Close on The Royal Mile.

From the Visitor’s Center, you will be led (along with a small group of others) down into the very dark, gloomy depths of the close.  Lead by a fully costumed and entertaining guide, you will be taken through the maze of city streets as they recount the stories of the folks who lived, worked, and died in the closes and of the spirits that are reputed to haunt them to this day.

To walk the original cobbled streets, visit the dank rooms that Edinburgh’s 16th century people once called home, to see a once vibrant open-to-the-daylight section of the city now as a veritable “ghost town”, is a thrilling and fascinating historical experience.  The tour itself is not at all meant to be frightening like a traditional haunted house tour, but I won’t lie and say the experience of it wasn’t just a bit eerie and unsettling. 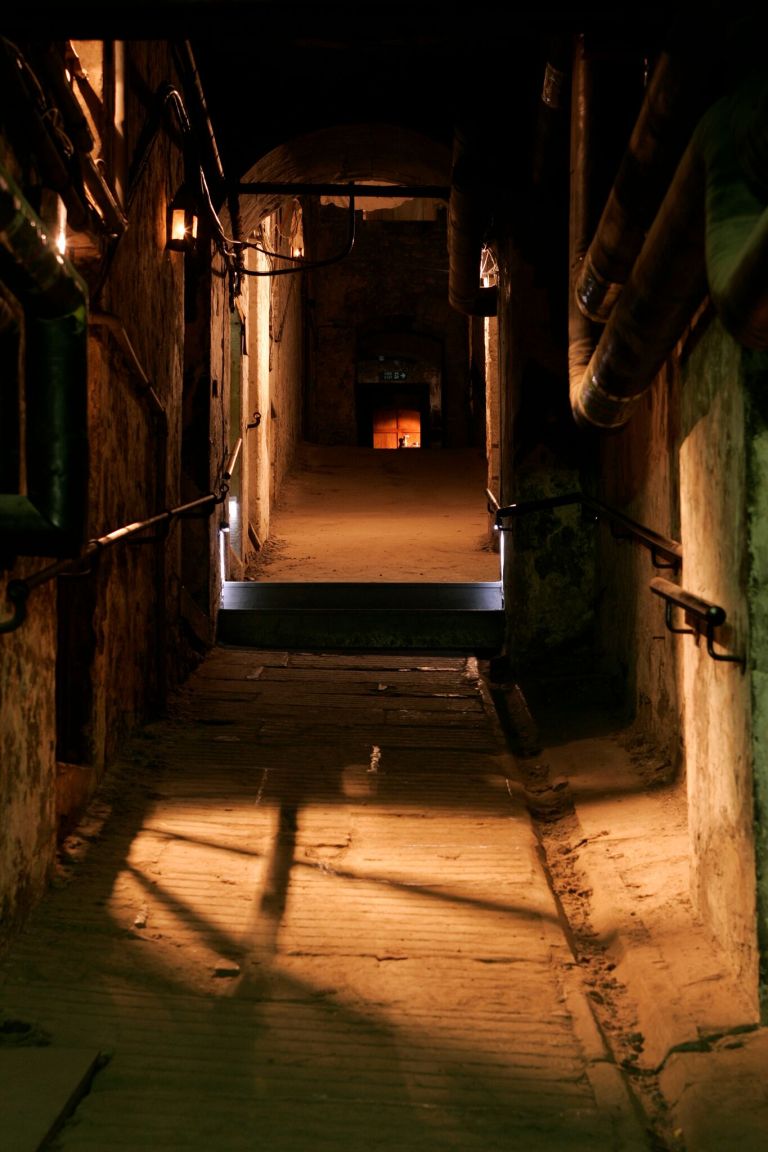 So, who was this Mary King?  Born in the late 1500’s, Mary King was a successful fabric merchant and seamstress.  She wed Thomas Nemo (or Nimmo) in 1616 and together they produced four children.  Sadly, Mary found herself widowed in 1629.  Although records of Mary’s life are limited, what information has been recovered indicates that Mary must have been a woman of at least some means and reputation.  She rented a home with turnpike-that is, spiral-stairs (the base of which still remains) and also paid the somewhat large amount of £40 per year for a shop which she rented on the High Street.  Upon her death, a fair number of possessions was listed in her will, including a considerable quantity of wine and beer (ha-party at the King’s house!).  I suspect Mary would have never in a proverbial million years imagined her name would still be on the lips of the world’s 21st century people.  A testament to the sort of woman Mary King must have been.  Her legacy lives on.

For many others who lived in Edinburgh’s closes, life was not as “grand” as Mary King’s (and I use that term loosely).  While the likes of doctors, lawyers, and wealthy merchants called the ‘high’ houses home, so many others lived in the ‘low’ houses, those apartments that were often small, dark, and uninviting.  Open sewers, which ran directly in front of homes toward the Nor Loch (the sewage lake which also doubled as a place of execution by drowning-I know, disgusting, right?), meant that sanitation was abysmal.

Plagues at one time were common occurences in Scotland.  The last great outbreak (likely the Bubonic plague) occurred in 1644.  Probably brought to shore by a sailing ship from mainland Europe, it wreaked havoc on the lives of the people of Edinburgh for at least a year and a half, claiming a substantial portion of the population and a great many people living in Mary King’s and adjoining closes.

Contrary to myth, plague victims were not locked in the closes and left to die.  They were indeed quarantined, but received daily delivered rations of bread, ale, coal, and even wine.  Dr. Jon Paulitius was the first to be appointed as the official plague doctor, charged with looking after those suspected of having ‘the contagion’.  There was little that could be done to treat the ill, however, and to add insult to injury, doctors visited their patients wearing an herb-filled bird-like mask (think of a face mask with a large bird’s beak) which they believed would protect them from contracting the illness.  A frightening sight in an already bleak situation, I do declare!

I’m sure by now you are beginning to see why Mary King’s Close has a reputation for ghostly sightings and other strange apparitions.  A severed arm, a disembodied head, a ghostly dog, a worried looking man pacing about, jovial sounds as if coming from a party, and other noises too strange to be called normal-these are just some of the things people have reported seeing and hearing through the years.

To close our little tour, I want to end with the story of a little girl named Annie who lived in the close.  Several years ago, a Japanese psychic named Aiko Gibo who was involved in the making of a film about haunted places in Britain, visited Mary King’s Close.  She was overcome with strong feeling as she approached a room off of Allan’s Close.  At first she claimed she was unable to enter due to the extreme pain and unhappiness she could sense.  Finally able to go in, she claimed to communicate with the child’s spirit.  Annie supposedly asked Gibo why her mother had left her.  She said she didn’t know that she had the plague and claimed her mother had abandoned her to die.  Annie also said that she had lost her favorite doll and asked if Gibo could get her a new one. Gibo brought a new doll to Annie and Annie was reportedly ‘absolutely delighted’.  From then on, people from all over the world have taken all sorts of toys to Annie.  On the tour, you will visit the room where the (rather creepy) heaping pile of toys and allegedly, Annie’s spirit, resides.  Your tour guide will tell you stories of the odd sensations that many tourists through the room have claimed to have felt.

Do I believe the stories about spirits and apparitions?  Well, they certainly make for good storytelling. I don’t know.  Nothing is impossible, I suppose.  Did I feel anything in Annie’s room?  Probably not.

But then again…maybe I did.

Note:  All views expressed in this post are my own and no compensation was received for the publication of this article.

9 thoughts on “What Lies Beneath-Part 2”